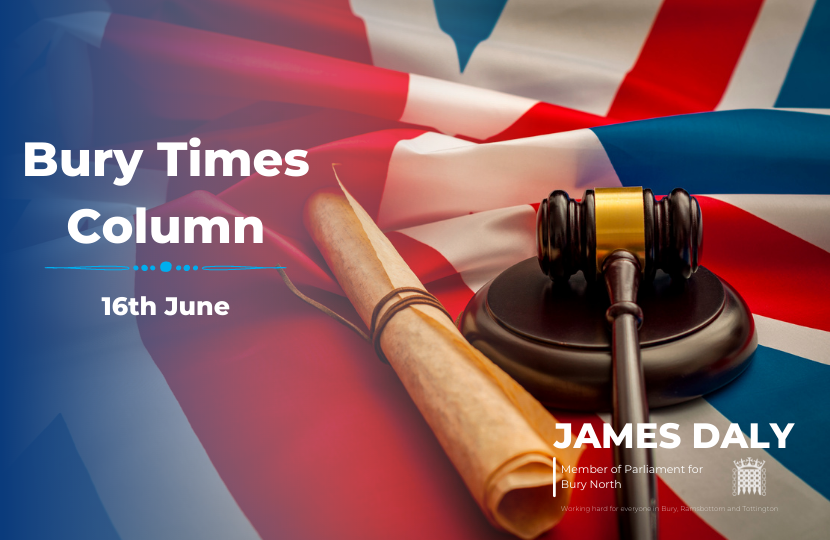 On the 15th June 1215 the Magna Carta, a royal charter of rights was agreed upon by King John of England and a group of rebel barons at Runnymede.

Magna Carta is now one of the most famous documents in the world but at heart, it is a practical solution to a political challenge faced by the King. However, Magna Carta established for the first time the principle that everybody, including the King, was subject to the law and remains a cornerstone of the British constitution.

The 39th clause gave all free men the right to justice and a fair trial and some of Magna Carta’s key principles are echoed in constitutional documents around the world, including the European Convention on Human Rights (1950).

As I sit writing this article in the House of Commons 807 years to the day since Magna Carta it is worth reflecting on the documents' continued relevance to the decision-making of politicians today.

This week we have seen the European Court of Human Rights grant an urgent injunction to prevent an asylum seeker from being deported by way of a deportation flight to Rwanda. Hours earlier the UK Supreme Court had rejected a similar application.

The decision of the European Court was in my view contrary to the provisions of the Nationality and Borders Act 2022 and thus the will of Parliament. Parliamentary sovereignty is a key principle of the UK constitution. It makes Parliament the supreme legal authority, which can create or end any law. However, Parliament has limited laws that limit the application of this principle, including the Human Rights Act 1998.

Whatever my view as a Member of Parliament on the decision, I wholeheartedly support the right of the applicant to issue legal proceedings in line with the principle set out in Clause 39 of Magna Carta.

This week, the Government also introduced a bill “to fix" the Northern Ireland Protocol, with the aim to restore stability and ensure the delicate balance of the Good Friday Agreement is protected.

The Northern Ireland Protocol Bill will allow the government to address the “practical problems the Protocol has created in Northern Ireland." Yet again we feel the echoes of Magna Carta down the centuries. The UK Government position, which I fully support is that this legislation is a practical solution to a political crisis, whilst simultaneously protecting and enhancing the legal rights of every NI resident within the United Kingdom.

807 years after its signature Magna Carta is as relevant today as it was then.