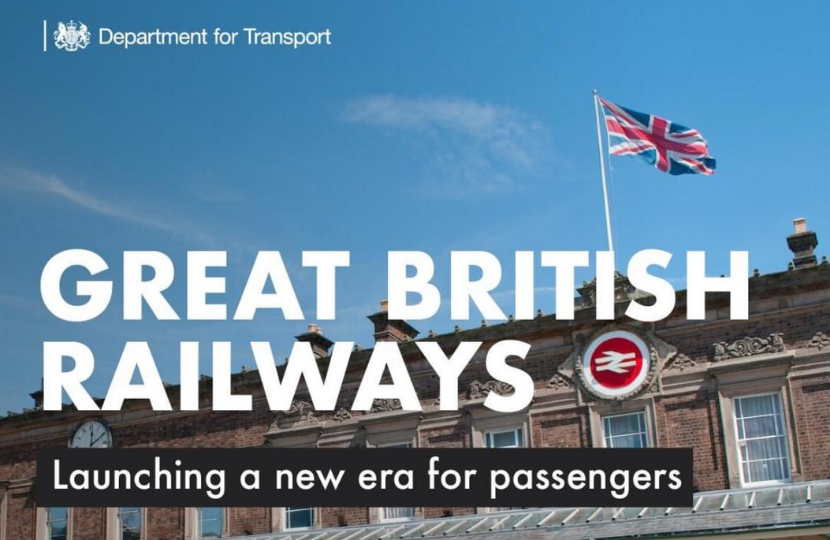 A quarter-century of fragmentation on the railways will end as they come under single, accountable national leadership, as the government today unveils a new plan for rail that prioritises passengers and freight.

A new public body, Great British Railways (GBR), will integrate the railways, owning the infrastructure, collecting fare revenue, running and planning the network, and setting most fares and timetables.

GBR will simplify the current mass of confusing tickets with new flexible season tickets and a significant roll-out of more convenient Pay As You Go, contactless and digital ticketing on smartphones. A new GBR website will sell tickets and a single compensation system for operators in England will provide a simple system for passengers to access information and apply for refunds.

There will remain a substantial and often greater role for the private sector. GBR will contract private partners to operate most trains to the timetables and fares it specifies, with a model similar to that used by Transport for London in its successful Overground and Docklands Light Railway services.

The new Passenger Service Contracts will include strong incentives for operators to run high-quality services and increase passenger numbers. They will not be one-size-fits-all: as demand recovers, operators on some routes, particularly long-distance, will have more commercial freedom. Affordable walk-on fares and season ticket prices will be protected.

The Williams-Shapps Plan for Rail, published today, sets out the path towards a truly passenger-focused railway, underpinned by new contracts that prioritise punctual and reliable services, the rapid delivery of a ticketing revolution, with new flexible and convenient tickets and long-term proposals to build a modern, greener and accessible network.