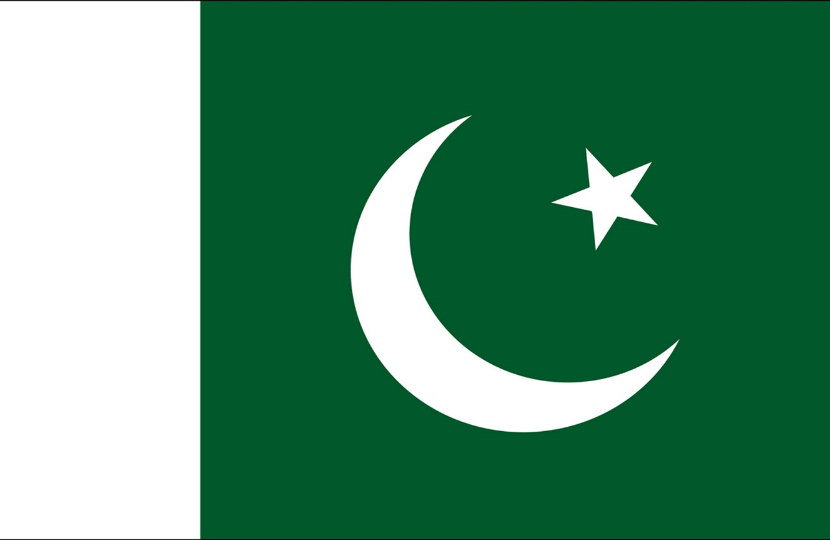 In Pakistan cases are still rising and the epidemiological situation there appears to be the worst it has been since May.

As very low levels of testing are carried out in Pakistan, the best indicator is the positivity rate of the tests returned. The positivity rate in Pakistan has risen to 8pc. Without increasing testing it is highly likely that the full extent of the prevalence is going undetected.

Pakistan has very low testing. With this low testing, the Joint Biosecurity Centre (JBC) pay greater attention to small movements in incidence and test positivity – both of which are rising quickly with the expectation that these are not showing the true magnitude.

7,551 travellers arrived in the UK between 1 July and 21 July, of which 67 were positive giving a traveller positivity of 0.9%. Of the 9 positive cases from Pakistan that were sequenced, 7 were the delta variant, 1 case is unconfirmed, and 1 case is not a VOC or VUI.

Vaccination rates in Pakistan remain low and publication of data is limited. As of 17 July (the most recent data available), 2% of the population were fully vaccinated and a further 8% had received their first dose.

Pakistan has very limited genomic surveillance capability, restricting understanding of how transmission is occurring and which VOCs or VUIs may be present.  There have been 315 uploads to GISAID between January 1, 2021 and July 27, 2021. Pakistan made no uploads in July and 16 uploads in June. Pakistan was originally added to the red list due to the spread of the Beta variant. The low level of in-country sequencing combined with the low level of testing leaves a high degree of uncertainty as to the ongoing prevalence of Beta.

As a result of advice received from the JBC, the Government have concluded, "in the case of Pakistan, the combination of a rapidly deteriorating epidemiolocal situation combined with low testing rates and lack of genomic surveillance is a concern and therefore there is high risk that an outbreak of a new variant or existing VOC or VUI will not be identified before it is imported and seeded across the UK".