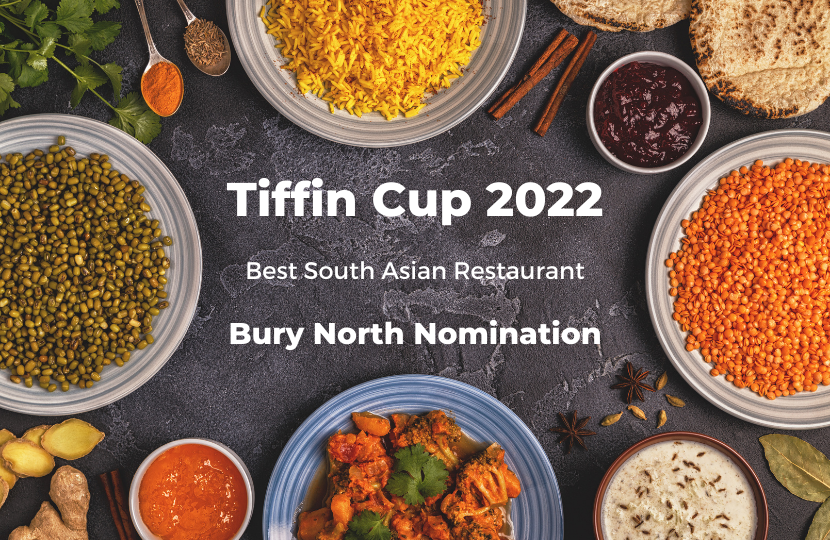 The Tiffin Cup celebrates its 15th anniversary this year. Established in 2007 it seeks to promote the importance of South Asian restaurants throughout the UK. There are at present 9,000 restaurants and takeaways and they contribute over £2 billion to the British economy. They are also a focal point for local communities providing good food, camaraderie and innovation.

Each year the competition has attracted over 100 nominees from MPs and Peers. The nominations are usually made after a local competition in a constituency although other methods can be chosen. Following local nomination there is a Regional Final from which 12 Finalists are chosen. At the final each restaurant will be asked to prepare a signature dish which will be marked by a panel of expert Judges which is chaired by the Celebratory Chef Ainsley Harriott MBE. The winner is crowned Tiffin Cup winner for the year.

There are so many amazing South Asian restaurants across Bury, Ramsbottom and Tottington but which is particularly special to you? Let me know below.